Dose and duration when using Nizoral (ketoconazole) for yeast infections
Duration and dose depends on the nature and severity of the candida overgrowth, ranging anywhere from several days up to a couple of months. Effectiveness varies from one patient to the next, and also depends on the fungal infection it is being used for. Foot fungal infections for example clear up a lot easier and quicker than candidiasis. It can be found in pill, shampoo or cream form.

Side effects of using Nizoral (ketoconazole) for yeast infections

However it is usually well tolerated and there have been no long term effects for patients taking this medication. But in rare cases at high doses for long term it could cause liver damage, therefore if you are using it for a long time your doctor may monitor your reactions and your liver. Because of its potential for liver damage, fluconazole or itraconazole tend to be used for systemic candida above ketoconazole now.

How Nizoral (ketoconazole) for yeast infections works
Ketoconazole interferes with the fungus’ ability to make ergosterol, something the fungal cell membranes needs, as well as particular enzymes. Higher doses of ketoconazole are needed for it to be effective compared to fluconazole or itraconazole, as these two have more of an affinity for the candida cell membranes. It is effective against Candida albicans for the most part though there have been incidences where a candida albicans infections has been resistant to ketoconazole treatment. 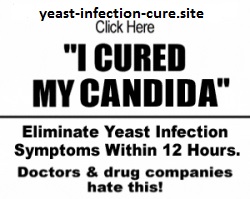